For as long as I can remember, I have loved soccer- or football, or fútbol, or whatever you like to call it. I follow it fanatically, watching as many Premier League games as possible and allowing the stress of being a Tottenham fan to have a material impact on my health.

Over the last 20 or so years, some major changes have taken place in the European soccer landscape. Money has always been important for a club, but it has a bigger impact now than ever before. Top clubs pour millions of dollars into players, with some teams having more invested in one or two players than other teams in the same league have in their entire squad. Not only that, but ownership is becoming much more global. While there are still English-owned teams, many are now owned and financed by American, Chinese, or Middle Eastern investors. These new ownership groups are running businesses, not clubs- a far cry from the local ownership or collective ownership of the past.

What was the European Super League?

Explained briefly? A terrible, terrible idea. The kind of idea that someone has at 2 in the morning after a night of binge drinking. The kind of idea that makes someone realize wow, I’ve had way too much to drink and I need to find a bed. The only problem was the person that came up with the European Super League didn’t push it to the recesses of their mind- they found other people equally delusional to go along with it.

The European Super League was a new tournament for top European clubs. It was meant to be comprised of 20 clubs, with 15 founding members gaining qualification every year and the remaining 5 teams qualifying based on their performance in their domestic leagues. The major difference between the European Super League and other similar competitions was the qualification procedure- while every other tournament is based on club performance, the ESL would guarantee qualification for all of the founding clubs year after year.

In an already packed European tournament schedule with a well-organized governing body, UEFA, the ESL sought to wretch some power away from the collective soccer community and into the arms of the largest clubs on the continent. This would aid in disenfranchising smaller teams while all but guaranteeing that one or more of the current UEFA tournaments would go defunct. It would also protect the investment of larger clubs during a time when smaller teams have made shockingly powerful runs, such as Leicester City winning the Premier League in 2015-16 or this year’s conclusion that saw 2 of the top 6 finishers as teams outside of the so-called “Big Six”.

How did the fans respond?

With the fury of the Gods. Protests were held. Matches were stormed and forced to postpone. Boycotts were announced. Club legends verbally lashed their clubs. Across the European soccer landscape, very few were happy. Fans of small teams that saw the move as exclusionary and elitist and fans of large teams that would benefit from the new competition saw eye to eye- this must not be allowed to happen.

While most recognize that there are serious problems with UEFA and the greater FIFA organization that need to be addressed, giving preferential treatment to the largest clubs goes against the long-democratic order of soccer. The smallest teams have a chance to make it to the largest stages by merit, and that is something that must remain. Deciding to have an offshoot competition wasn’t a business decision, it was a full-blown insurrection.

How did such a terrible plan get approved?

“Terrible plan”? The plan was great, phenomenal even- depending on who you ask and when you asked them. A small group of major stakeholders were consulted prior to the announcement and seemed to agree it would be in their financial interest. The owners of each of the 15 teams that signed on agreed with each other that it would be to their collective benefit and fans would go along with it because they supported their clubs This group of owners are exceptionally intelligent titans of business- many are owners of American football or baseball teams, some are oil magnates, and basically all have decades of high-level business experience.

The European Super League became a (temporary) reality because the owners of these clubs were overcome by greed and failed to recognize the biases clouding their decision making. They listened to yes-men, ignored primary stakeholders, and convinced themselves that they could bend culture to fit their will.

What can we learn from this?

While a small group of stakeholders were consulted prior to the announcement of the European Super League, one group was conspicuously ignored- the fans. This group of extremely intelligent individuals forgot that their product had a customer, and without the buy-in of that customer, they had nothing.

Every company has a product or service that they offer, and almost every product or service is interpreted and used differently than the company realizes. To truly understand your own business, you must first understand how your business is perceived, because every subsequent decision must stem from that understanding. Had the ownership of these teams had a better understanding of their fans, or even of European soccer culture, they would have never attempted to create the ESL. They assumed that the fans’ loyalty to their team would trump their loyalty to the current soccer tournament dynamic, failing to recognize that assumption was irrelevant. The fans’ loyalty to their team would have to be stronger than their loyalty to international, generational soccer culture, and that would simply never happen. This situational misrepresentation was the result of a series of judgment-clouding biases that the owners were unable to overcome.

Most businesses are affected by the anchoring bias and the confirmation bias. Through recognizing the triggers of these biases we can avoid them, providing a more accurate view of our businesses and allowing more intelligent business decisions.

Example: John is an American football fan and is used to spending $350 or more for a single ticket to a game. While visiting England he thought that Arsenal tickets were very affordable at $140, but didn’t know they were the most expensive tickets for any Premier League team.

As a business grows, it evolves. Many business owners and upper management personnel lose track of the evolutions, considering a business to still be related to point A at is has already proceeded through point B, C, D, and E. Any attempt at viewing the original as the current is erroneous, and basing any decisions off of this false position is likely to lead to negative outcomes.  Returning to the ESL example, the owners of the different teams viewed the situation through a traditional business lens because that was what they were first exposed to and what they deeply understood. They did not take into account that the situation they were in was fundamentally different, and none of their previous experiences were valid in this new context.

Confirmation bias is the error of using available information to reinforce pre-existing beliefs. While problem solving, someone suffering from confirmation bias would inaccurately interpret data to justify a false viewpoint. Confirmation bias can be found throughout most of our decision making, and is especially prevalent in highly-contentious subjects such as politics.

Example: Alex, an Arsenal fan, writes an article detailing why Arsenal is far superior to Tottenham in recent memory due to winning the FA Cup and FA Community Shield in 2020. While those points are true, Tottenham have finished above Arsenal in the league table the last 5 seasons in a row, making the claim that Arsenal are superior easily objectionable to any objective observer.

As Henry David Thoreau said, “’We hear and apprehend only what we already half know.” Put another way, our truth is what we decide to make it based on our perception of truth thus far. Throughout our decision making process, we must be careful to objectively view information and not selectively filter out information that doesn’t align with our favorable viewpoints. If we have one perception of our business but repeated customer research shows that it is viewed differently, we must take that into consideration and not search for other evidence that our business is the way we thought it was. Confirmation bias changes our reality, not reality itself.

The decision to omit club supporters from the ESL discussion sounds a bit too convenient. The decision makers likely knew exactly what they would say, and decided not to ask them. Instead, they surrounded themselves with financial analysts that determined the benefits of a new league would be significant for the founding clubs. With the favorable data streams selected, the idea seemed like a great one- until the rest of the information came to light, and their narrative was changed for them.

Biases are always going to affect us and influence our decision making. We can beat them by being aware that they are there, and by being aware of the influence they hold over us. When we allow biases to influence our decisions, we are putting our businesses and organizations in jeopardy. Simply taking the time to step back and re-examine a situation can often aid in preventing biased decisions. Controlling ego works as well- biases are especially strong on those that believe their decision making to be above average. Through calm analysis and a managed ego, we can overcome the biases that seek to derail our businesses and prevent our next project from turning out like the European Super League.

Baylen McCarthy is a marketing consultant and travel blogger based in Hampton Roads, Virginia. His work includes web design, search engine optimization, and digital advertising services, among other marketing solutions. If you’re interested in getting in touch with Baylen, shoot him an email or leave him a message. 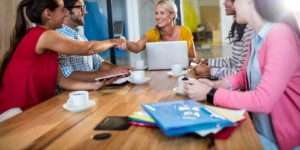 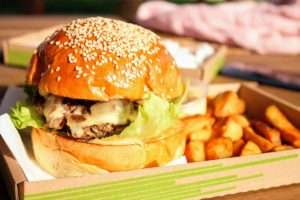 What Wendy’s, Chance the Rapper, and Spicy Nuggets Taught Us About Marketing 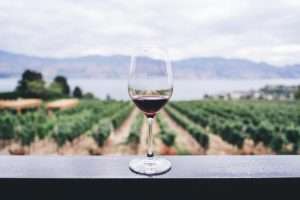 Wineries and Websites: Surviving in the Digital Age 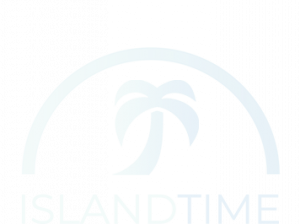