Aruba on a Budget Travel Guide

An Introduction to Aruba

Aruba is a tiny constituent country located in the mid-south of the Caribbean Sea, just off the coast of Venezuela. A part of the Kingdom of the Netherlands, Aruba is culturally Dutch and those influences can be seen, smelled, and heard all around the island. Make no mistake, though, Aruba has an identity all its own.

The entire island is less than 70 square miles, about the size of Washington, DC. Unlike most of the other Caribbean islands, Aruba is a desert- expect to see quite a few cacti and little to no rain. This largely muted landscape creates a surreal juxtaposition with the turquoise seas that are visible from practically any location around the country.

Though Aruba has a reputation for being an expensive travel destination, it is surprisingly affordable for the savvy planner. Opportunities to save money are available throughout the island with little to no impact on your enjoyment. From accommodations to transportation to sightseeing, proper planning can be the difference between a great, cheap trip and burning through a budget.

While some accommodations, dining options, and activities are very expensive, others are far less than what you’d expect to pay in the United States. For my trip to Aruba, I was able to stay for a full month without spending more than two thousand dollars- including air fare and hotel. Now, granted, some of my decisions were a bit unconventional (few other people enjoy walking 20 miles across the desert in a single day) but many of my cost-cutting tips could be applied by anyone. If you want to save money in Aruba, here are some ways how.

This may be obvious, but skip the all-inclusive hotel. Better yet, disregard hotels altogether. Airbnb will provide you with a significantly discounted stay in a much larger, better-stocked accommodation. There are just a few things you need to do to find the right deal.

My strategy may sound like a bit of a hassle, but it works. During a two-minute test search I was able to find a 2 bedroom apartment right on Mangel Halto Beach for $714 per month. Compared to the average hotel cost of $260 per day, that isn’t a bad deal.

Like on any island, transportation can become very expensive very quickly. Rental cars rates are through the roof, and will take up a significant part of your budget if you opt to rent one. Fortunately, the Aruba bus system is comprehensive, dependable, and safe, providing an easy way to get around the island.

As a reminder, the entirety of Aruba is under 70 square miles. With so much condensed into such a small land area, it makes sense that the bus system would weave through almost all of the towns and beaches. Starting on the far west corner of the island near Arashi Beach, a bus ride across to the easternmost town of San Nicolas will only take about an hour- and cost $5 if you play your cards right.

A one-way trip on Arubus will cost 4.50 Florin, or about $2.60. A round trip card can also be purchased for $5.00 USD. If you plan to travel throughout the day or need to take multiple routes, a day pass will likely be your best bet- these are only $10.00 USD.

Retour cards and day passes can be purchased from many locations across Aruba, including at major supermarkets and at the major bus stations in Oranjestad or San Nicolas. Personally, the slight cost-savings of the cards never outweighed the inconvenience of acquiring them; I usually just paid out of pocket. Do be careful to have enough money for the trip, as the Aruba bus system does not take credit or other alternative forms of payment.

If you are going to be staying in Aruba for an extended period and will need to use the bus system often, consider getting a smart card. You don’t have to be a resident to get one, and the cost savings are significant. After about 10 trips it will have paid for itself, though it can be a bit of a hassle to secure one. Innominate Thoughts provides an excellent breakdown of the what, why, and how for Arubus Smartcards– definitely consult this before trying to get one.

Most bus routes start around 5:00-6:00am and run every 30 minutes to an hour. The Arubus website has a list of all bus routes, though the feature is somewhat difficult to use. A map of all Aruba bus routes is below, courtesy again of Innominate Thoughts.

Bus stops are available sporadically along the route- be careful to pay attention, as the drivers will sometimes pass by if you don’t look at them and make them aware of your presence. To find a bus stop near you, the easiest resource is Google Maps. Most stops are marked, though you can also just hang by the road and wave them down as they drive by- I did this a few times and it never failed, so long as it wasn’t on the major highway.

The most centrally-located town on the island is Savaneta. In addition to having some pretty cool small restaurants nearby- not to mention the Balashi brewery– it allows easy, quick access to both sides of the island. I stayed right along the bus route, so after leaving my apartment I could be on Eagle Beach or in San Nicolas within 40 or so minutes.

I get it, this isn’t for everybody. Just hear me out.

There are bike trails connecting Savaneta to Oranjestad, and hiking paths all over the island. There is even a separate (quite beautiful) bridge crossing the Spanish Lagoon, made just for bikers and walkers. With the very noticeable exception of Hooiberg, the mountain just outside of the capital city, the landscape is flat and manageable.

During my time in Aruba, I walked across basically the entire island. From east coast to west coast, and from north coast to south coast (the latter I did within the same day, there and back). While I had a great time and would recommend the adequately prepared adventurer to try it as well, there are some things to be aware of.

So, first of all, expect it to be dry, hot, and windy. Water consumption is a major consideration, with 2-3 liters being an appropriate amount to carry into Arikok and 1-2 liters being good for general hiking elsewhere. Be sure to take regular stops for hydration, grabbing some Gatorade when possible as you pass by gas stations or markets. Sun exposure must be managed too, requiring a wide-brim hat and long sleeve shirt with SPF protection.

The sun isn’t the only problem. There are… dogs. Though it is common elsewhere in the Caribbean for stray and owned dogs to wonder around aimlessly, the dogs in Aruba are uniquely aggressive and common. Practically every other household had a dog barking at me as I past, either from afar or running up to a gate (if I was lucky) to let me know it was prepared to eat me if need be. If you are scared of dogs barking at you and approaching aggressively, I would recommend to avoid walking around any residential areas. This is, unfortunately, a simple reality of Aruba. All that being said, I was never bitten nor did I feel like I was ever in any real danger. Be smart, and you’ll be fine.

In terms of general safety, Aruba is perfect for exploration by foot. Nowhere that I walked did I feel unsafe, and though I heard countless stories on other Caribbean islands about crimes against tourists, these tales were completely absent in Aruba. The hyper-masculine, overtly sexist culture that plagues some other parts of the Caribbean was also fortunately missing, making Aruba an excellent hiking island for solo female travelers.

The Best Cheap Restaurants in Aruba

Honestly, Aruba’s restaurants were somewhat underwhelming compared to other islands I’ve been to (looking at you, Roatan). The food was generally more expensive than I’m used to, and the quality lacking. Luckily for my price-conscious friends, the best food I encountered was overwhelmingly the affordable, locally-owned hidden gems. I tried the tourist-oriented restaurants and the local spots alike, and one group was superior by far.

Top Free Things to do in Aruba

I’m a travel writer and marketing strategist based in Norfolk, Virginia. When I’m not busy hurting myself by walking unreasonable distances, I can be found reading in a hammock or watching Tottenham underperform.

Have a question about an upcoming trip you’re planning? Shoot it over to me, I’d love to help if I’m able. 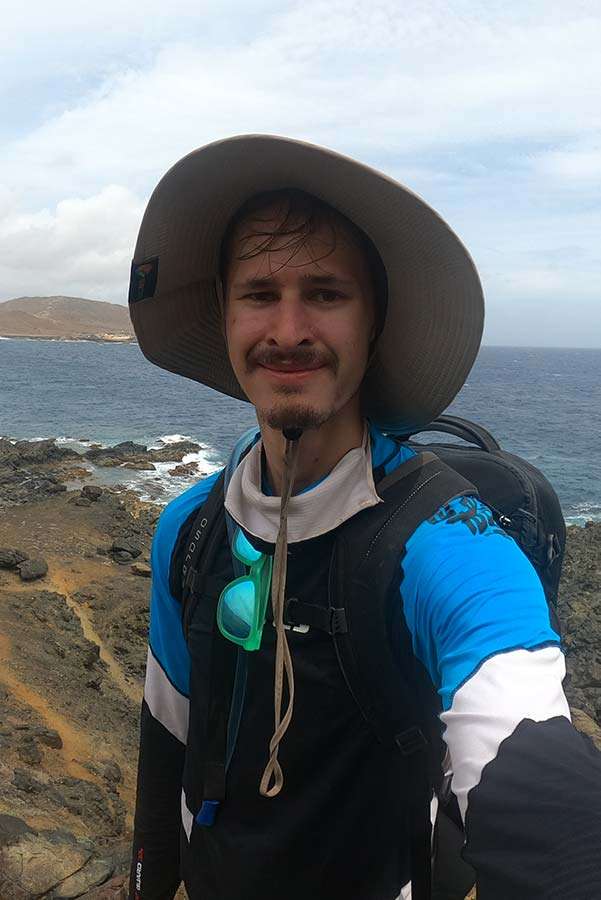